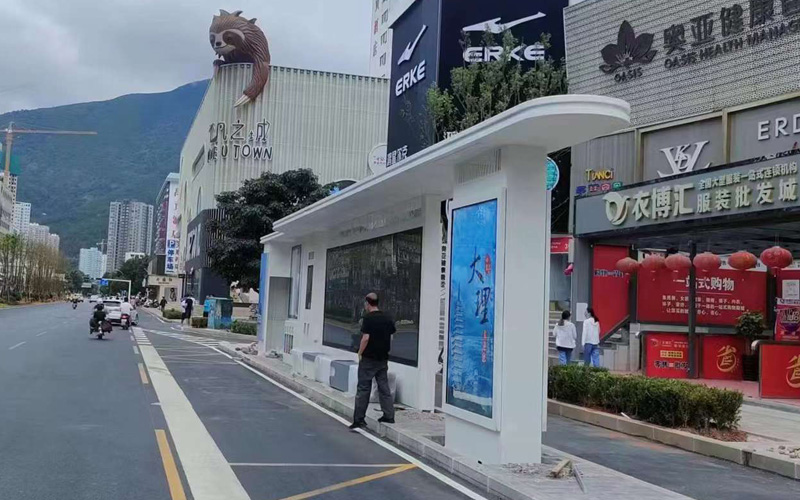 Due to the terminal users who do not well know the outdoor LCD monitor, the usually said black screen phenomenon has the following several kinds of situations.

1. Need to confirm whether the mains power supply is normal.
In some cases, the power supply to outdoor LCD monitor tripped, or other things disconnected the power supply. If the user sees that the screen is not displayed properly, he may feedback that the monitor has a black screen. This situation is easy to handle, find the power point, after coordination and communication, power to the monitor can be restored to normal use.

2. Check whether the screen display is caused by backlight.
Another part of the situation is that the equipment is used for a long period of time, or the constant current board failure of the high brightness LCD screen, resulting in the occurrence of regular local backlight is not bright. This phenomenon may also mislead the user feedback the black screen problem. It could be due to the bad contact of the backlight power wire or the failure of the constant current board, either of which needs to be replaced.

4. Design defects by unprofessional manufacturer
Another black screen phenomenon named in the industry, is that because the manufacturer is not professional in the design of the whole machine, and the cooling system is not in place. As a consequence, the heat inside the equipment cannot be discharged to the outside, but accumulated inside. The temperature is too high, beyond the LCD molecular upper limitation, and then the screen appears irregular black partically or totally. Such problems should be dealt with by adjusting the fan speed or resetting the temperature. If it still cannot be solved, it can only be re-produced so as to replace the machine. It is recommended to choose a professional outdoor LCD manufacturer, and the quality can be guaranteed.

5. Related to the use of setting time.
Some users set multiple working hours for the outdoor lcd monitor, for example, working normally from morning to noon and starting again at about 3-4 o ‘clock in the afternoon. However, because the equipment does not work at noon, the internal cooling system does not work either, resulting in high internal temperature. In the afternoon boot, the LCD screen, due to the high internal temperature, can not work normally, resulting in a black screen phenomenon. Therefore, SUNTUNE recommends keeping the machine working throughout the day, and the cooling system will keep the whole thing running.

The above basically lists the various situations of “black screen”. Although there are occasional small problems, the odds of outdoor lcd monitor are very small, unless you use non-professional manufacturers. SUNTUNE focuses on the research and development, design, production and sales of outdoor LCD equipment, providing you with quality assurance, quality solutions, new appearance designs and so on.