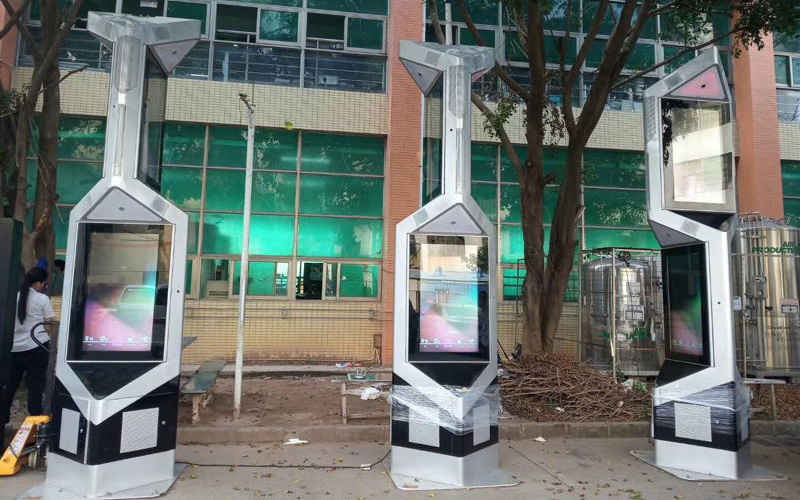 In some scenarios, there could be more than one screen needed to cover the operations of advertising and interaction. By traditional solution, it’s usually one motherboard for one screen, which actually brings more complication than convenience, and unnecessarily raise up the costs. Accordingly, SUNTUNE introduced a new solution. It permits the multiple screen display playing different contents at same time, while each screen linked one another, so that advertising and interaction are combined perfectly.

The multiple screen display solution, in brief, is developed on SUNTUNE CMS software, in addition with a linkage function, by which all screens are controlled on one core motherboard. Different screen plays different contents, only the contents are linked smartly.

The multiple screen display solution is set up with CMS, motherboard, server, and of course the screens. To summarize what it can do,

1. Horizontal and Vertical are arbitrary.
Contents are released and displayed independently, not matter whether it’s one board dual screens, or one kiosk multiple screens. Horizontal or Vertical can be set at will.

2. Resolution combinations are arbitrary.
Each screen has its own resolution, but can be grouped in scenario. Supportive to 1080p as well as the ratio cut unusual.

3. Contents are managed remotely and smartly.
Programs are released to each screen from the remote server, no interference, no subordinate, mutually independent. Each screen can be set to play on its own schedule.

4. Not just advertising.
Resulted from the independence, the multiple screen display can run variously with advertising, querying, gaming, yet no disturbing to one another.

5. About contents linkage
The multiple screen display solution supports contents linkage. For example, the first screen plays cars advertising, the second screen switches to 4S car shop, the third screen to car maintenance tips, etc. By so the interaction and the advertising are demonstrated with every aspect.

6. Automatic network, multilevel authorization, remote control
With CMS, screens can be selected and operated uniformly.
With authority, contents can be managed on a large scale.