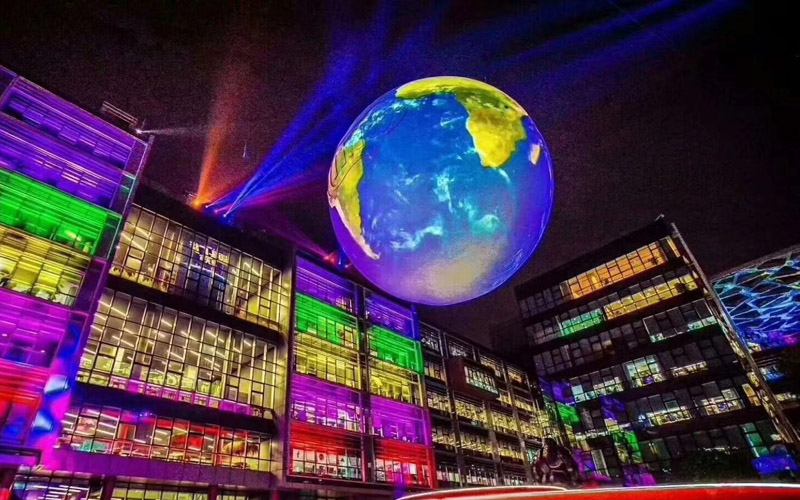 We all love the urban landscape lighting. It makes the nightlife so colorful. However, it’s not right to exclude the led display light while think lighting means illumination only. Actually, LED display light has won many places in urban modernization, which is embodied in projects like led glow ball, led video curtain, led wall display, led mesh screen, and so on.

LED display light with creation can raise up the commercial value of a landscape, especially when the landscape means for a building. By now, one-fold display has been a past to the building landscape, outdoor display, sphere display, brick display, curved display, rotating display, too many displays to see. They bring in the popularity of commerce, or known as landmarks of a city.

LED display light leads to huge numbers of creative displays. For example, led panels have succeeded in integration with technologies such as naked-eye 3D, man-machine interaction, VR(AR), which makes the urban lighting only more alive. Meanwhile, creative displays can also work together with light carving, making the lighting projects brilliant even more. The HD video giant advertising led tv wall, so striking with impact, not only satisfies the advertising requirements, but also meets up with the city beautification. One thing I have to say, the led outdoor display has no more pestered by lights pollution. On the contrary, with latest technologies, the led display can adapt itself to the surroundings, automatically. Hence it has a unique role in the current urban developments.

No doubt the creative led displays are relatively expensive. But the growth doesn’t be held back. After all, creative displays are a kind of product with high added values. Although costs and risks exist at same time, it’s exactly where the charm is by customization. Moreover, what customers content is the value returned. For this reason, the manufacturers shall stick to own uniqueness, find more new demands from markets, and take a good use of whatever technologies they possess, if they want to come out of the homogeneous competition.

Above all, the landscape lighting is an indispensable part in urban development, while led display light plays an important role in whole process. Since it’s the creative displays required in markets, we have reasons to believe it will be the brands with innovation that will survive in competition.