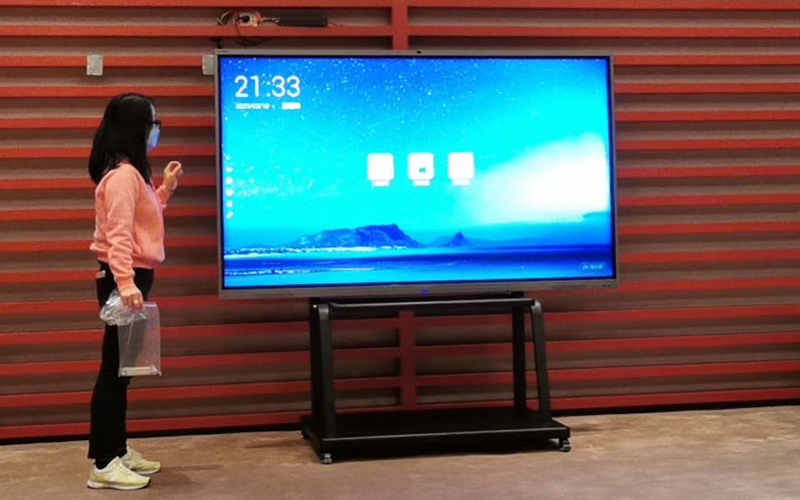 According to relevant reports, in the past 2019, interactive touch display got developed remarkably, particularly at the early period of corona virus. The fact is, commercial display monitor and conference system are not main choice for most companies, instead, many more are still relying on traditional TV plus independent audio processing system. Despite all this, the interactive touch display still got 250% growth compared to the year before. It tells three points at least. (1) The market has potential profits. (2) The growth continues rising. (3) It will take years for interactive touch display to break away from the traditional TV model and become the mainstream of commercial conference display.

Years ago, most commercial displays were made with LED. But LED got updated too fast, varieties too many, which caused the products unstable, and outdated soon in a few years. Interactive touch display, however, has to be invested heavily at first, with  cumbersome installation later, which makes it hard to be disassembled or replaced. For this reason, manufacturers like TCL, DAHUA, SUNTUNE, CHANGHONG have turned their attention to touch screens.

UNESCO advises to increase investment in education and training, so as to achieve the replacement of the relevant equipment within five years. Apparently the interactive touch display will have another round of development opportunities. Mr Zhang, the CEO of SUNTUNE company, who has accomplished hundreds of projects concerned with universities and schools, estimated that more than 10 millions of touch screens would be replaced in China by 2023, which is exactly the outbreak period of 5G and AI.

Supported with AI technology, interactive touch display has been successfully integrated with Bio-metrics, iAuto, VR (AR), and playing a huge role in the epidemic of COVID-19.

As data speaks for itself, the future is bright.