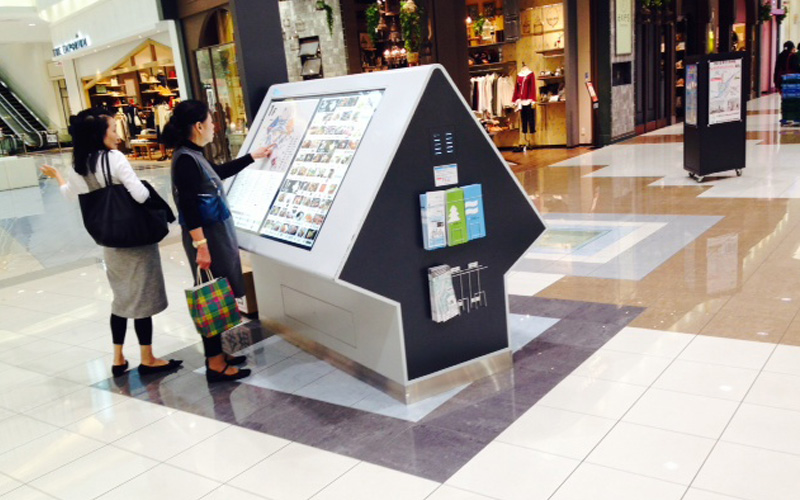 Digital signage, the so-called Fifth Media, is seldom separated from advertisements. As a fact, it binds the visual and the reality so well that it’s seen in every aspect of our life. Digital signage could never be a simple player only.

MEDIA, as we know, is a platform for propaganda, whose contents, in market demands, can be published and updated constantly. Different from the other four medias, newspaper, television, radio, internet, the Fifth Media, digital signage is not a brand new conception, but apparently it already has become the NO.1 Media. Improved with devices such as touch screen, camera, scanner, fingerprint reader etc, the digital signage can become more interesting, more motivating, and more interactive. By one-to-one interaction, advertisements can be pushed with precision targets. Besides, digital signage can be made in different forms, combined all in one with other facilities. It makes the digital signage available anywhere, watched and followed everywhere.

Under the influence of corona virus in 2020, retails can survive only by smart technologies. Some retailers have already tried with digital signage, interactive mirror, location intelligence, self service payment kiosks, and VR apps, all of which do bring customers a new shopping experience. The application of new technologies has products speeding up with their iterations. Consumers, especially the new generations, think it high to acquire knowledge and display personality by exposing to high-tech products.

Take food and beverage as an example. Mcdonald’s has accomplished the gorgeous turn by launching its Concept Restaurant, though it’s already the NO.1 brand in fast food. Fast food ordering self service payment kiosk, digital signage, interactive game table with touch screen…customers have got their voice back on what they shall enjoy. When technology collides with food, customers do not come for dining alone, interactive and technological experience becomes more important.

Digital integration reforms our experience. What’s more, it promotes the potential business opportunities. For example, with weather data, cold drinks and ice cream can be launched precisely where they are in need. By statistics on customers’ preferences, Mcdonald’s can make the foods more favorable. With inventory information collected by digital signage, suppliers can learn where to save costs, how to sold more, or what products shall be added or reduced.

However, digital signage comes to a crisis at the present time. With new technologies applied, with more demanding from customers, the low-end products of digital signage have been out of date, no more proper in smart city system. Unavoidably, it will knock out those outdated. The turnaround is, to the brands focused on high-end digital signage, the more and more demanding will be a chance to get out of price war and win back the market.

Digital signage, is not a player for advertisements, but the main force of the smart city optimization. Beyond the Fifth Media, there will be a new digital world full of charms.